On Friday June 4 all members of the Executive Boards of the universities met in the General Assembly. One of the topics discussed during this meeting was recognition and rewards. In this blog Pieter Duisenberg, President of the VSNU reflects on this discussion.

‘The big societal challenges of the moment call for more cooperation and for a multidisciplinary, impactful approach to science with fitting recognition and rewards. By way of the above-mentioned activities, the Association of Universities in the Netherlands (VSNU), the Dutch Research Council (NWO), ZonMw, the Netherlands Federation of University Medical Centres (NFU) and the Royal Netherlands Academy of Arts and Sciences (KNAW) are boosting the development of such an approach.’ 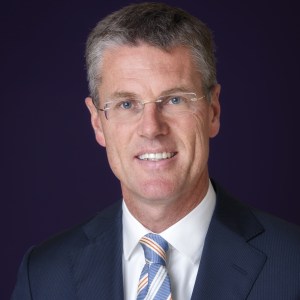 At the VSNU’s General Assembly* of Friday 4 June, I briefly closed my eyes to think back to the beginnings of the movement for recognition and rewards – and yes, you can definitely call it a movement by now! The words in italics above were the closing sentences of the first Recognition & Rewards position paper of 2018. This was the forerunner of Room for Everyone’s Talent (Ruimte voor ieders talent).

That is when people started taking the first steps. Progress was also made during the COVID-19 pandemic, which is quite an achievement.

More and more, I am realising that the three pillars of the VSNU agenda, ‘Knowledge is our Future’ (Kennis is onze Toekomst), are closely interlinked. These pillars are:

1) working together to create societal impact and earning capacity;

2) innovation towards an open and connected university;

Pillars one and two are dependent on pillar three. This third pillar is the basic prerequisite for our university, our future! But Recognition and Rewards is also mutually dependent on what happens in other tracks, such as open science, the acceleration agenda for innovation in education, the programme for ambitious valorisation and, notably, funding. The level of funding and the way in which funding instruments are used are crucial for creating room for talent. After all, allowing the talents of our academics to flourish requires more peace and continuity, so they can contribute successfully to scholarly research, academic teaching and societal developments. Accordingly, we want there to be less emphasis on funding applications in careers. Greater differentiation in career paths means we want to create opportunities for academics with a variety of profiles. This requires funding, and we are committed to securing it. We advocate a funding model that matches societal ambitions and the diversity of these ambitions, rather than the current distribution model based on numbers. We are aiming for ‘rolling grants’ for more independent research and sector plans for strengthening and deepening disciplines.

A productive discussion we had with Board members at the General Assembly of 4 June showed that they are keenly aware of the link between talent and funding. It would be great if the parameters for the distribution of funds at the national, university and faculty level were to help the transition in Recognition and Rewards along. How do we translate recognition and rewards priorities into financial decisions at institutions? If we attach so much importance to interdisciplinarity, how do we put it into practice when it comes to sector plans and institutional plans? If we can invest more in direct government funding, how do we simultaneously reduce high application rates and increase success rates?

In short, the recognition and rewards movement is crucial to our future. Both in the Netherlands and internationally, it has got off to a flying start. But the road is long, the contingencies are considerable and complex and the movement immediately gives rise to a slew of new questions. We will solve these issues together: with each other, with our partners NWO, ZonMw, NFU and the Royal Netherlands Academy of Arts and Sciences, with our international friends and with ministries and the political arena.

*General Assembly: two or three times a year, all members of the Executive Boards meet in the General Assembly. This is where the joint strategy is determined, aimed at increasing and anchoring the quality of research-oriented higher education, scholarly research and their impact on society.